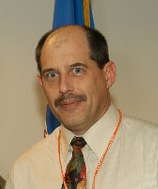 Retired.  I worked for the US Army Corps of Engineers from 1976 till I retired in 2011.  I retired as the Deputy Chief, Engineering and Construction Division of Portland District.  I was also the Levee Safety Program Manager and the Alternate Dam Safety Officer at the time of retirement.

How did OSU prepare you for your job?:

My emphasis when I was at OSU was on Soils and Water.  The courses worked well for me as I transitioned into the professional work force of the US Army Corps of Engineers.

2004 - Deputy District Engineer for Support, Gulf North District, Iraq Late 2005: Debris Cleanup Manager for Mississippi Gulf Coast following Hurricane Katrina Spring 2008: Debris Advisory Specialist to US Task Force supporting cleanup in Port De prince, Haiti following the Haiti Earthquake I have many service awards from my time with the Corps of Engineers Advice to Current Students: Enjoy your time at Oregon State.  Remember, the basics of engineering can carry you into work you had never thought of while your were at Oregon State.  I thought I wanted to design irrigation systems and drainage systems for farms, but look where I ended up.